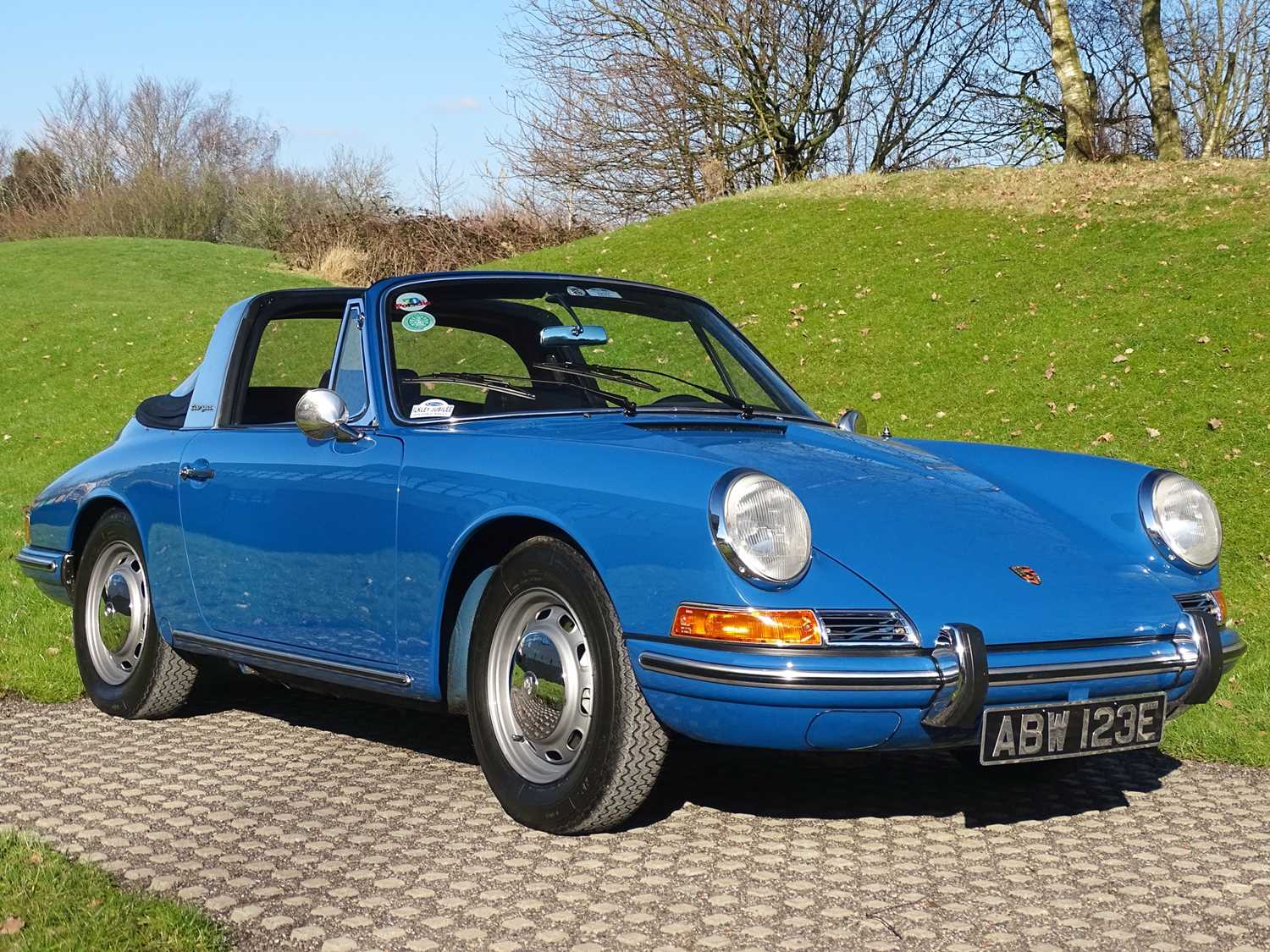 This fabulous 911 was delivered in March 1967 to Mr Arthur Lambert in Los Angeles, California. His exacting order dated 24th October 1966 specified as follows: 911 Targa in 6603 golf blue with B-black interior. Extras ordered included Pirelli Cinturato tyres, outside mirror, seat belts, bumper guards and rubber pads, Frankfurt AM/FM radio, headrests and fittings, tinted windshield, ski rack. Thank fully Mr Lambert recognised the importance of provenance and retained all invoices, books and anything relating to the car until it was imported into the UK in 1996.

Correspondence on file contains a letter from Mr Lambert to its first UK owner, chronicling his near 30-year ownership with many interesting anecdotes.

Upon entering the current family ownership in 1999, the meticulous record keeping began which has detailed every job completed by date and mileage up to 2019. It is fair to say that this is one of the most comprehensive history files that we have collectively ever seen. Consisting of 5 ring bound folders containing every invoice since the car was new in 1967 and all service and handbooks. All MOT certificates from its first in the UK 1996 are present as are old tax discs.

During the past 31 years, the car has been fastidiously maintained and today presents extremely well with stunning bodywork and an engine bay that could be described as clinical.

Our car was featured in EVO magazine in March 2015 as a comparison to the newly launched 991 Targa.

A very interesting car from the first year of Targa production which shows an early 911 in its purest form riding on steel wheels with hub caps.

A very rare opportunity to acquire an unusual an extremely well maintained and sorted car.

Attending: You must pre-register to attend on the day by completing our COVID compliance form AVAILABLE HERE.

Bidding: Bidding is available Online, by Pre-Registered Attendance or over the Phone.