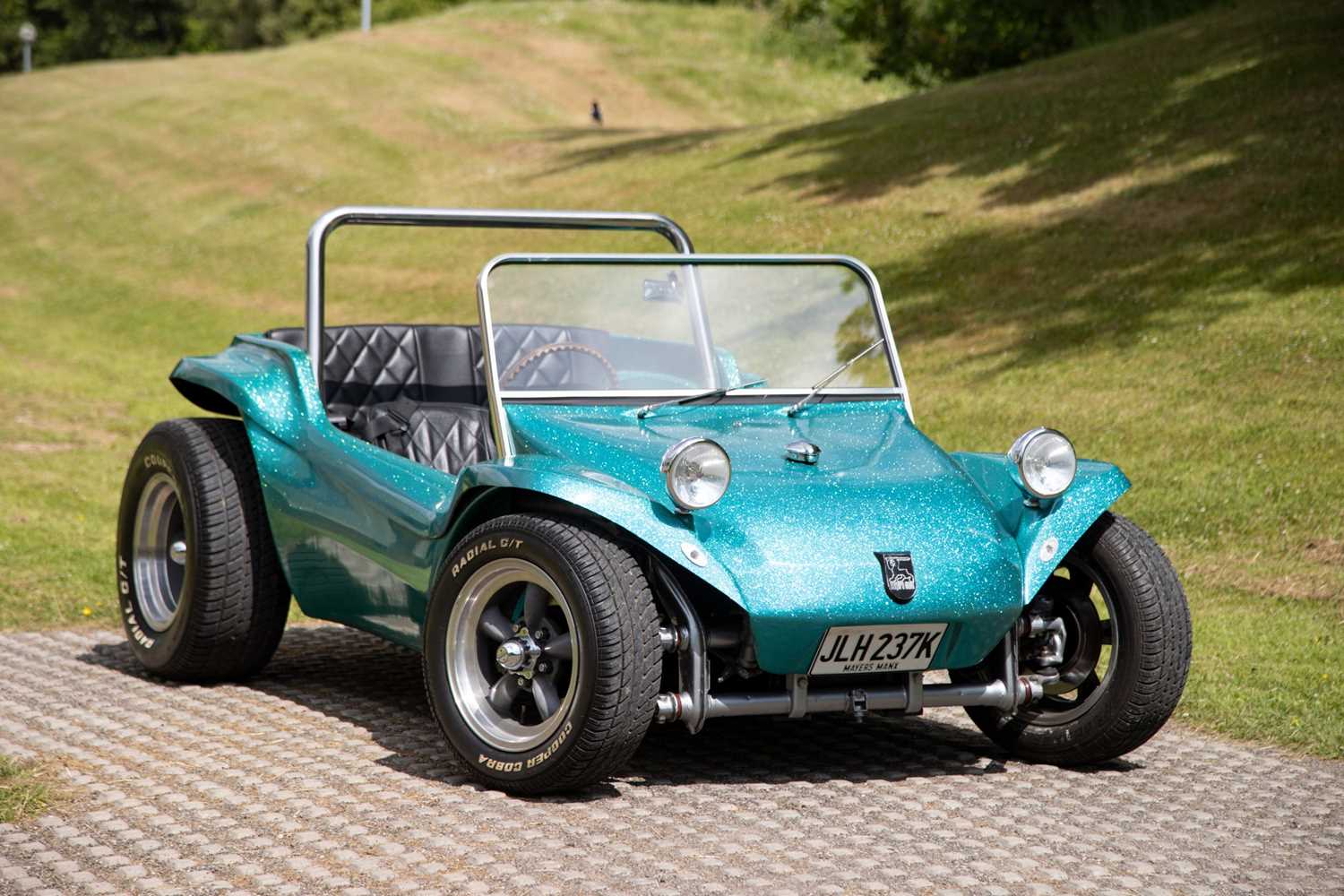 If ever there was a time to treat yourself to something different, then this may just tempt you.

Registered as a 1971 VW Convertible and built by Flatlands engineering, widely regarded as the best Manx Meyers USA authorised builder based in the UK. This is a superb example of when a vehicle is done properly without regard to cost, the main driver being quality. It really is that good and we struggled to find any fault either paint, inside or mechanically. On the road it goes very well indeed and handles like a go cart and stops on a penny with a great exhaust note.

Finished in metalflake paint to a very high standard, it looks stunning and will certainly create interest and smiles wherever you go in it.

The Meyers Manx dune buggy was designed initially for desert racing by Californian engineer, artist, boat builder and surfer Bruce F. Meyers. It was produced by his Fountain Valley, California company, B. F. Meyers & Co. from 1964 to 1971, in the form of car kits applied to shortened chassis of Volkswagen Beetles The car line dominated dune racing in its time, breaking records immediately, and was eventually also released in street-oriented models, until the company's demise due to tax problems after Meyers's departure. New vehicles inspired by the original Manx buggy have been produced by Meyers's re-founded operation, Meyers Manx, Inc., since 2000. The name and cat logo of the brand derives from the Manx cat, by virtue of the tailless breed's and the shortened vehicle's truncated "stubbiness".

Bidding: Bidding is available Online, pre-registered Maximum Commission Bid, over the Phone or by Attending in person.

Attending: Track & Trace will be in operation on the day, so you must supply your name and contact details upon arrival.