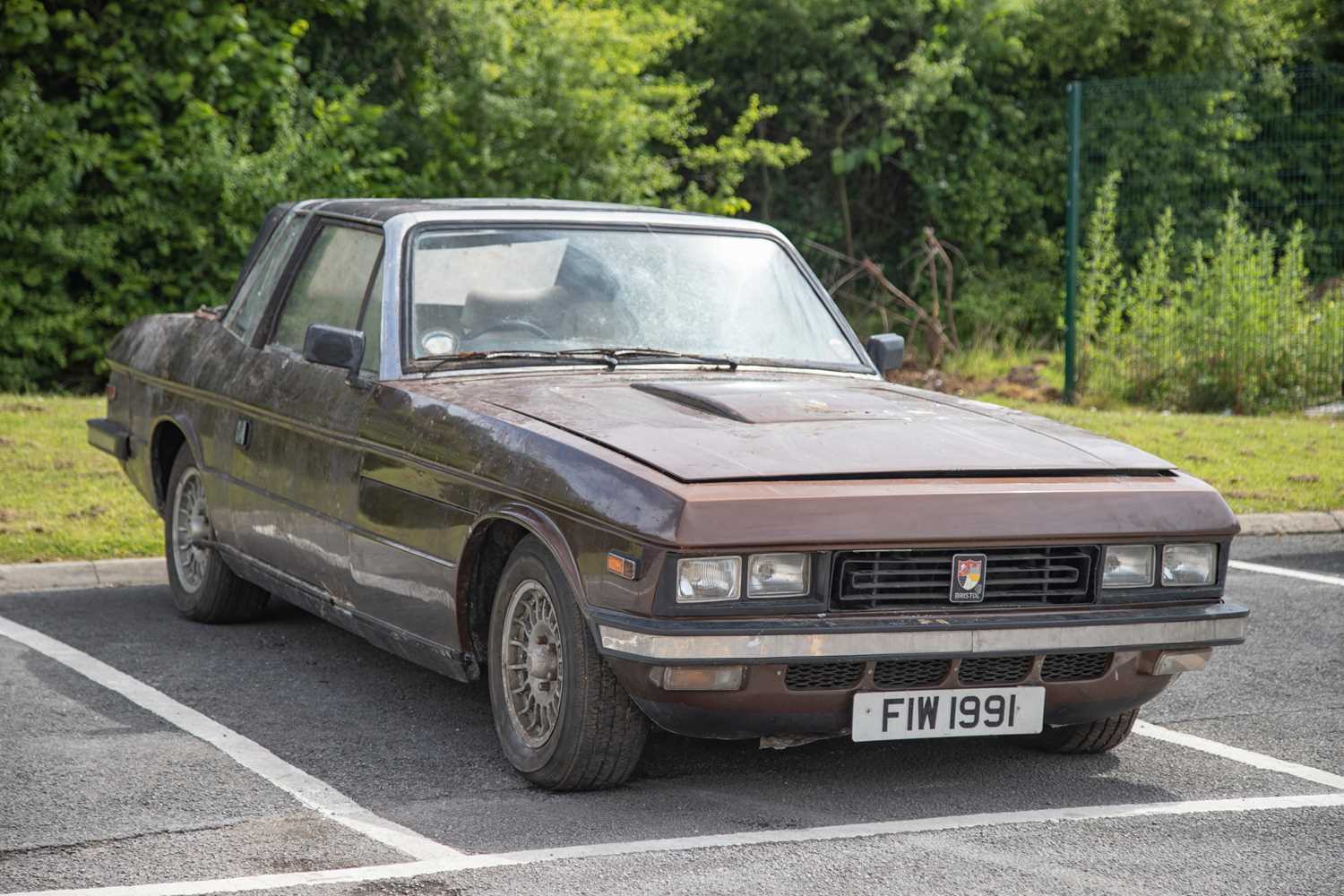 Quite obviously this super rare Bristol is a restoration project that we understand has not been on the road since circa 1994. It appears to be largely complete and offers an interesting project for a Bristol enthusiast. The leather seats look they could be salvaged and stitched back together as there are no rips or tears, though the door cards need attention though again may be able to be saved. Surprisingly, the body does not appear to have suffered too much during storage and looking closely it appears to be in good order though we would recommend inspection to satisfy yourself of its condition.

The Bristol Beaufighter, named after the WW2 aircraft produced by Bristol, was still designed by Zagato but now fully factory-bodied at Filton, had very similar styling to the original 412 except for the four-headlamp layout.

However, the 5,899 cc V8 engine was upgraded by the addition of a Rotomaster turbocharger which gave the Beaufighter a maximum speed of 241 km/h (150 mph). To cope with the extra torque, the Torqueflite automatic gearbox that had been a constant in every Bristol since the 407, was upgraded with a stronger, thicker propeller shaft and a torque converter taken from the 7.2 litre (440 cubic inch) RB engine found in Chrysler's top-of-the-line models during the 1970s.

*The Beaufighter was first built in 1982 and continued until 1993. “Fewer than 20” were made, according to the Bristol Cars website.

Bidding: Bidding is available Online, pre-registered Maximum Commission Bid, over the Phone or by Attending in person.

Attending: Track & Trace will be in operation on the day, so you must supply your name and contact details upon arrival.